Our next Open Meeting is on Monday 20th June at 2:30 pm at the Bowling Club in Abbey Lane – doors open at 2:00 pm. We are happy to welcome back Lucy Allen and her talk this time is entitled ‘The Ship of Dreams – Tales from Titanic’.

Professional Stunt woman Lucy Allen’s fascination with Titanic began as a young girl watching the classic television programme “Upstairs, Downstairs” which featured an episode all about the sinking of the great ocean liner ‘Titanic’ in 1912.

In 1996 she was one of four British stunt women chosen to go and work on the major motion picture ‘Titanic’ being directed by James Cameron in Mexico on the Californian Baja. She went out for four weeks but came back to the UK twenty one weeks later as a ‘Titanic survivor’ having managed, just, to survive the shoot.

This talk is about our endless fascination with tragic ‘Titanic – the Ship of Dreams’, tales of the passengers it carried, what went wrong and what it was really like to work on the Oscar winning film. 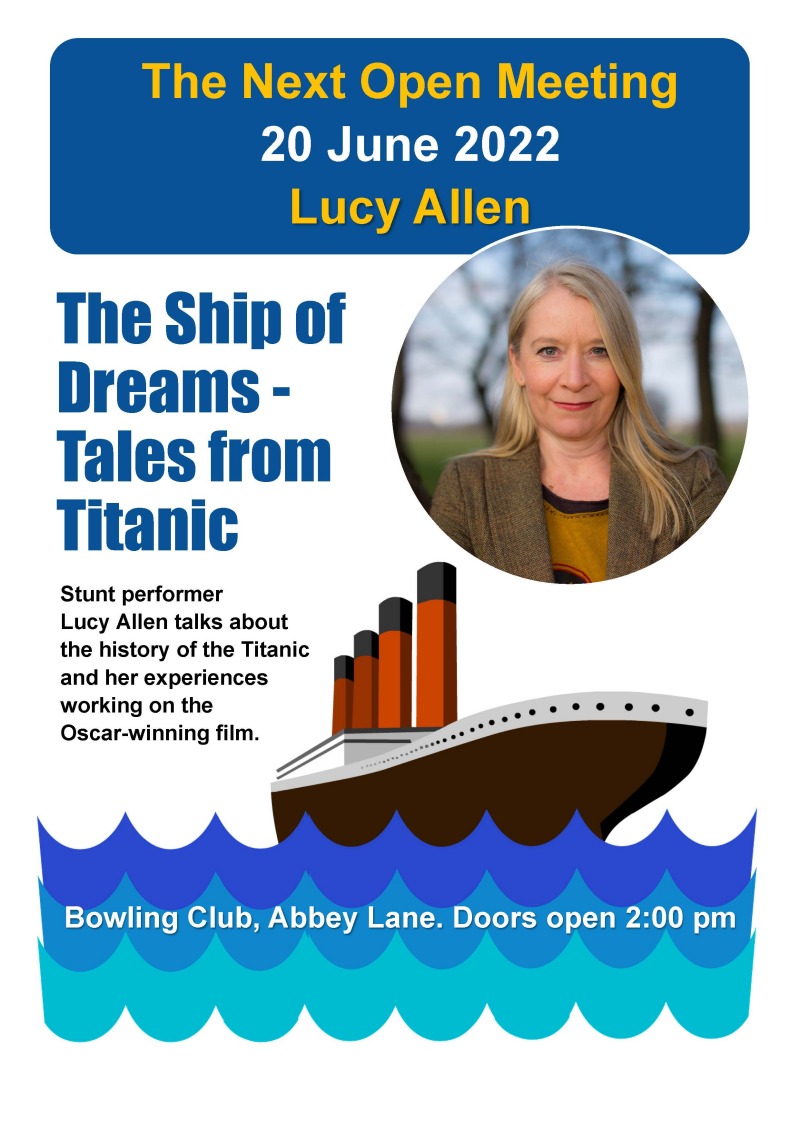