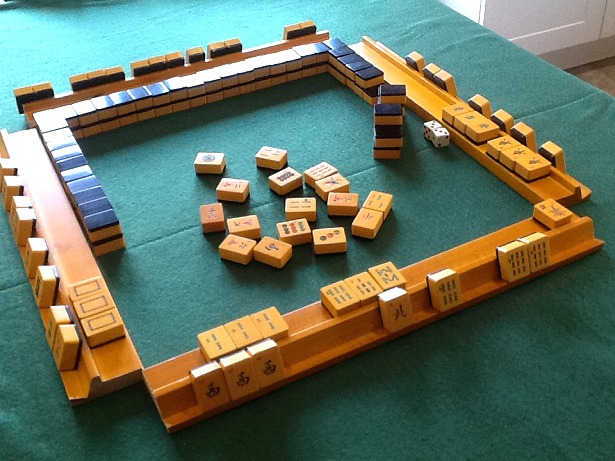 Thanks to Christine Greet for above photo.

Mah-Jong appears to have been developed in China in the latter part of the 19th century, and became popular in the West in the early 1920’s. Less cerebral than chess, and akin to the game of Rummy, the table game of Mah-Jong is played with a set of 144 engraved or painted tiles, and ‘special hands’ with exotic names such as Wriggling Snake, 13 Unique Wonders and All Winds and Dragons. The oriental associations can lend the game a certain mystique and may give the impression of being difficult to master, however the basic practices can be learnt in a short time, and It is not unusual for a beginner to do well.

All Mah-Jong Groups play according to the rules of the British Mah-Jong Association. We recommend the purchase of ‘Know The Game Mah-Jong’,
ISBN 978-0-7136-8951-8 available from Amazon, or on order from local booksellers at around £7.00-£9.00.

We have three Mah-Jong groups:

There is ample free parking at the Bowling Club.

September 2022.  We have room for about 4 new members. Please get in touch whether you are a beginner, lapsed or experienced player – we are happy to give information, and welcome a visit if you wish to see the game in play.

Mah-Jong 2 meets on  Thursday afternoons from 1.30 to 3.30pm in the co-ordinator’s home. We currently have space for two new members so contact Jess if you are interested.

Mah-Jong 3 meets on  Tuesday afternoons from 1.30 to 3.30pm in the co-ordinator’s home in Wimbish.  We currently have a few spaces so contact Geraldine if you are interested.

Photo below from Mah-Jong 2 group – thanks to Jess Grinyer 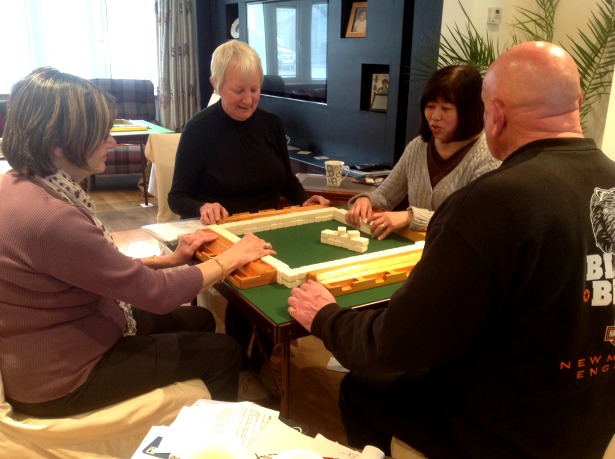