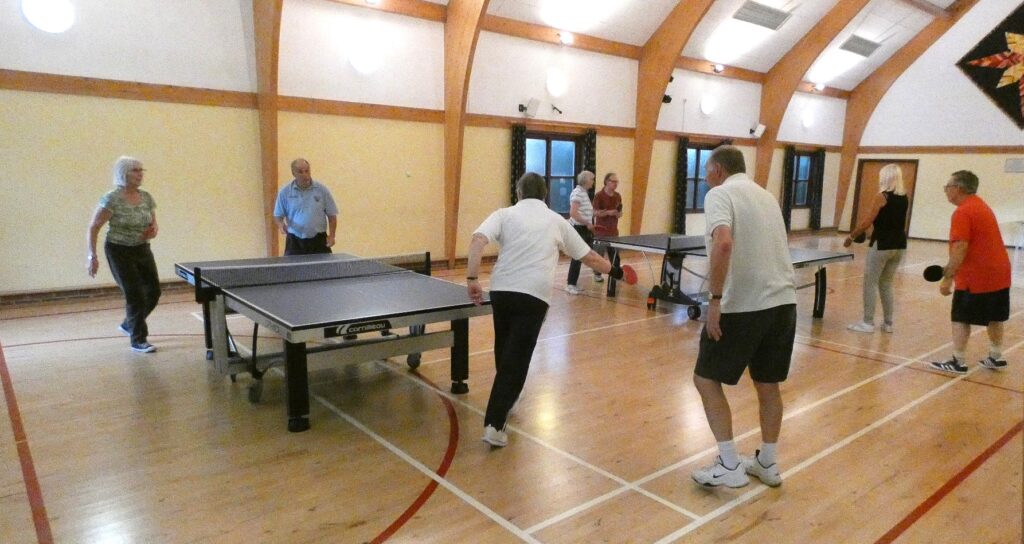 Thanks to Brian Eastcott for the above photograph.

The table tennis group meets on Wednesday afternoons from 1.30 to 4.30 pm at Widdington Village Hall.

An account by Tony White which gives a flavour of what we do.

Starting with a one hour session the group now play for two hours on a Wednesday, using the two tables in the hall. Games started off tentatively with players getting familiar with the rules, scoring and how to play doubles: trying not to bash into each other when trading alternate shots. Everyone is now getting the hang of it and things are getting lively with hidden talents and killer shots emerging along with fancy foot-work.  Games are usually played as doubles with the best of three games before another set of players take to the tables. We have adopted a simple system using pegs which makes sure that everyone gets a game regularly throughout the session unless they want to sit out for longer. Later in the session when some people are happy for the rest, those with enough energy take to the tables to play singles. We now have 18 players signed up (10 ladies and 8 men) : everybody mixes in well and the games are friendly and fun. Many of the participants are really pleased to have found somewhere to play table tennis as local facilities and sports-centres with table-tennis tables are sadly lacking.